Boost Your Business IQ with These 10 Movies and Shows

Well, we’re still in the midst of a frigid Ontario winter which means Torontonians have a whole lot of time indoors to get through before better weather comes.

And all of this forced time indoors gives us ample time to sit around and, well…

So, that got us thinking: what if your binge-watching could actually be productive?

And, in that spirit, we rounded up ten movies and shows you can crush to get inspired as a professional and to help you build a better business. They're also just a lot of fun.

In no particular order...

Story: There’s a reason The Aviator movie won five Oscars and was nominated six more times. This biopic depicts the early years of legendary director and aviation tycoon Howard Hughes' career from the late 1920s to the mid-1940s.

Business Lesson: This movie about a genius, madman, millionaire, and the owner of a casino and film company will be interesting to all entrepreneurs, especially those struggling with a lack of motivation and a lost sense of purpose.

Story: Widely touted as the best show on TV, this binge-worthy series tells the story of hedge fund manager Bobby Axelrod, as he accumulates wealth and power in the world of high finance, while embroiled in a high-stakes game of predator vs. prey with U.S. Attorney Chuck Rhoades.

Business Lesson: Billions highlights the importance of ethics in business, rewarding loyalty among teammates, being charitable, and not being scared to cut your losses.

Story: When slick sports agent Jerry Maguire has a crisis of conscience, he pens a heartfelt company-wide memo that promptly gets him fired. Desperate to hang on to the athletes that he represents, Jerry starts his own management firm, with only single mother Dorothy Boyd joining him in his new venture.

Business Lesson: Real success lies far beyond your comfort zone. To achieve it, you’ll find your way out of ruts, shake off the haters, and learn to turn failures into victories. This movie shares the lesson that it’s important to believe in yourself, keep your eyes on the prize, and find ways to overcome the inevitable setbacks of business ownership.

Story: A superstar during his football playing days, this series follows the journey of Spencer Strasmore as he tries to find the same success as a financial manager for current players in sun-splashed Miami.

Business Lesson: Interestingly, Ballers offers a valuable lesson in being financially responsible as you start to achieve some success. On the other hand, though, it shows the power of negotiation, building a great professional network, and always going for what you want.

Story: Based on the Pulitzer-prize winning play, this movie depicts two days in the lives of four real estate salesmen who are desperately trying to save their jobs after their corporate office sends a trainer to “motivate” them. Their motivation? All but the two highest performers will be fired.

Business Lesson: In this flick, Alec Baldwin’s character delivers one of the most savage speeches in movie history. This infamous monologue is an offensive (viewer beware), insult-and-profanity-laced “motivational” speech to the salesmen. And for as searing as it is, the speech conveys an important lesson: in order to succeed in business, you need to be focused, hungry, and unrelenting.

Story: On the Wall Street of the 1980s, Bud Fox is a stockbroker full of ambition, doing whatever he can to make his way to the top. Admiring the power of the unsparing corporate raider Gordon Gekko, Fox entices Gekko into mentoring him by providing insider trading. As Fox becomes embroiled in greed and underhanded schemes, his decisions eventually threaten the livelihood of his scrupulous father. Faced with this dilemma, Fox questions his loyalties.

Business Lesson: This movie is a cautionary tale about the risks associated with sacrificing your morals in the pursuit of money and success.

Story: Moneyball is the true story of Billy Beane, General Manager of the Oakland A’s baseball team. In 2002, Beane was tasked with building a winning team with a fraction of the budget of the biggest titans in the MLB. So, he collaborated with an unlikely ally to rebuild a team in an unorthodox (and often ridiculed) way.

Business Lesson: There’s one clear lesson in this movie: to get ahead, sometimes you need to think outside the box. It also highlights the importance of being able to march to the beat of your own drum in business and to have the fortitude to stick to your guns.

Story: Another incredible biopic, this flick depicts the remarkable life of the man behind Facebook: Mark Zuckerberg. One thing’s for sure: Zuck is not universally liked. But this movie gives an unfiltered view into what it took to build one of the biggest and most revolutionary businesses in history—the good, the bad, and the ugly.

Business Lesson: Mark Zuckerberg built Facebook with the focus of creating a great service first and foremost. This is a valuable lesson that entrepreneurs can take from this movie. It also shows the value of taking calculated risks when you believe steadfastly in what you’re trying to achieve.

Story: This biographical comedy-drama is set in 1954 and follows the life of Ray Kroc, a struggling traveling milkshake mixer salesman who would eventually go on to help the McDonald brothers grow their restaurant business into the multi-billion-dollar fast-food chain.

Business Lesson: McDonald’s is all about being customer-centric, and it also revolves around systems and consistency. These are two big things that business owners can implement into their own companies. But beyond that, The Founder also demonstrates the value of thinking big and being persistent and makes a statement about business ethics.

Story: Inspired by the life of Rupert Murdoch, this show follows the life of Logan Roy, the head of an international media conglomerate controlled by his family. Although he has no plans to step aside any time soon, the series depicts the aging patriarch contemplating what the future holds while his family spawns plots to take over.

Business Lesson: Buried below the surface, Succession shows entrepreneurs the value of putting being able to put down their founders’ hat and to find a viable way out of their business in the long run.

We know that the traditional wisdom says that watching too much TV is bad for you. But, if you ask us, finding the right shows and movies can actually be productive! Let us know any great ones we missed.

And if you’re also looking for some real-life inspiration and a workspace that helps support the growth of your business, come join us at Project Spaces. We'd love to have you. 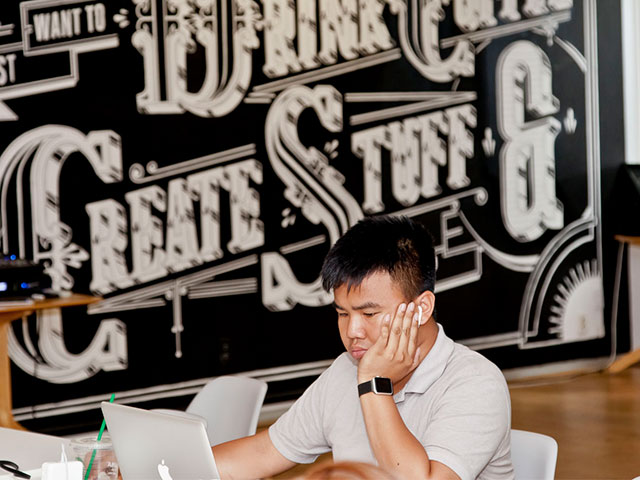 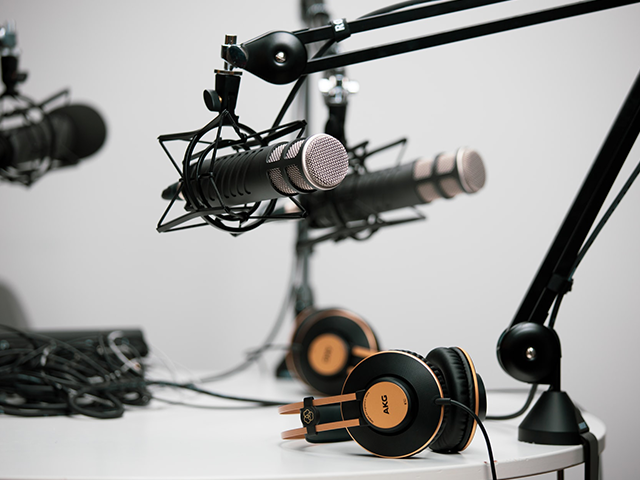 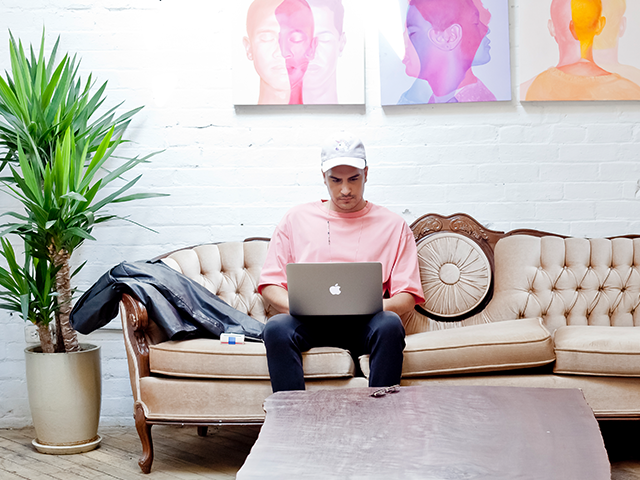 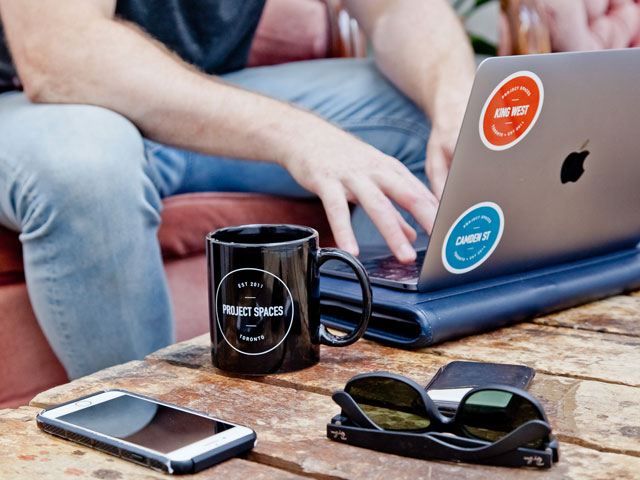 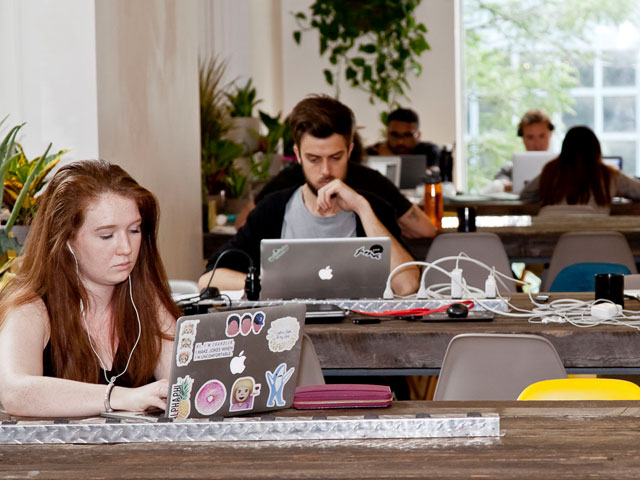